Becoming a Student of The Game 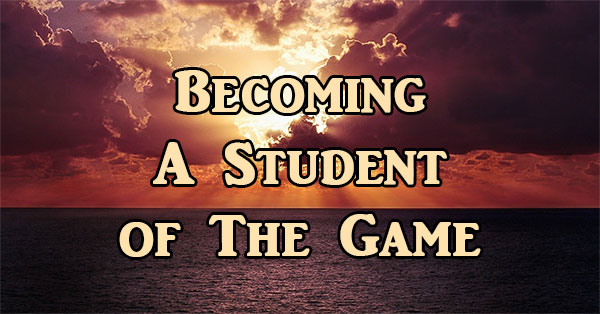 The phrase “life is a game” isn’t meant to trivialize the importance of life. It’s a kind of dog whistle. It’s for those who hear if life indeed is a game, you are best served by becoming a student of the game.

A student of the game isn’t interested in getting points for just showing up. They aren’t comfortable just wearing a uniform and sitting on the sidelines. A student of the game wants to be on the field. They love the pressure of being asked to perform at the highest levels.

There you are player on the field, clothes drenched in sweat, face and hands covered in dirt. The one who plays with heart, the one who’s eager to learn from mistakes. The one who’s never afraid of coming up short because the goal is not victory, neither is it defeat. It’s daring greatly. To risk it all and give it all on this field called life.